Luz Consultancy was founded in 2015 following the Brazilian government’s decision to invest in sustainable energy infrastructure. Brazil has introduced new regulations and tax incentives to fast-track the development of the solar photovoltaic (PV) energy sector.

Luz is a solar development company specializing in distributed generation solar. We are fully compliant, and our regional team have the local know-how and expertise to expedite permits and handle other forms of red tape. We are registered in Natal, in the state of Rio Grande do Norte, Northern Brazil with the relevant permission to operate in the solar market. 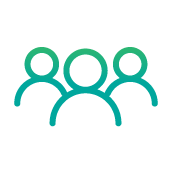 We are a group of business entrepreneurs with a bold vision that identify global opportunities where our expertise can contribute to efficient and sustainable business growth. We look to form businesses that are beneficial to the environment; our mission is more important than ever, as we want to build a future where everyone is proud to be part of a changing clean and green environment.

Our management team is made up of four dynamic business directors with fast years of international commercial experience both in the Civil engineering sector as well as finance. Our directors have led projects in Asia, Brazil as well as in the UK. Our Directors have a great business relationship in Brazil and association with solar energy.

At Luz Consultancy, we work with experienced solar engineering contractors, manufacturers and financial providers in the market and are constantly striving towards excellence. We work on a win-win scenario and are looking for more partners for future projects.

How can we help?

We strive to be in constant communication with our customers until the projects are complete. Please use the form for any enquiries. We look forward to serving you!